Home » About Us » Our History

Widespread homelessness, poverty, and hunger in the Bay Area compelled people of compassion to establish the Rescue Mission in 1965.

Using the ground floor of an old hotel, the Rescue Mission launched its care for the homeless by offering 12 beds for men and serving 35 meals every day.

In 1971, the Rescue Mission expanded its services. In addition to sheltering homeless men, we were able to shelter and feed homeless women and families by purchasing the entire building. By the late 1970s, the Rescue Mission had reached capacity. A new building was completed in 1980, housing a chapel, offices, a kitchen, and a dining room, as well as additional lodging for men in the Rescue Mission’s New Life Discipleship Program.

On January 1, 1994, a 13,000 square-foot building was donated to the Rescue Mission, allowing the Rescue Mission to enlarge the after-school tutoring program for youth and to establish a computer learning center for people in our discipleship program. This building also houses the organization business offices.

In December of 1999, an expansion and renovation project of the kitchen led to the establishment of a Culinary Arts Training Center. This program allows members in the discipleship program to receive college credit, culinary degrees, and quality training for a career in the food service industry. 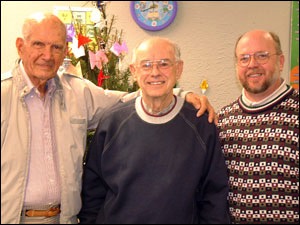 In 2016, we further developed our culinary arts program to include a social enterprise component to create BARM Foods. It offers food manufacturing skills to those who have barriers to employment. BARM Foods has worked with local area businesses to provide handpies (empanadas), quiches, desserts, and sandwiches.

It Starts with YOU!

CHOOSE AN AMOUNT TO GIVE:

This helps us the most!