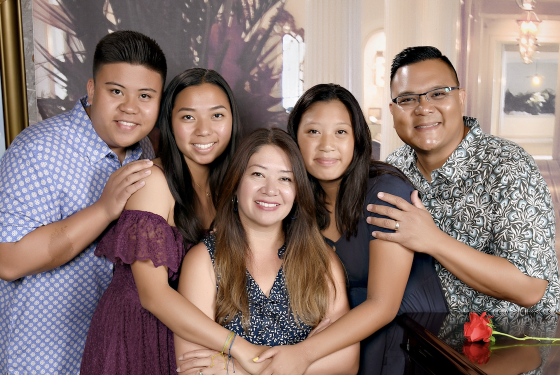 It’s with great excitement and joy that we announce our new President & CEO, Bram Begonia.

Since opening our doors to serve the Bay Area in 1965, we’ve been blessed with three remarkable leaders, including John Anderson, who has faithfully served in the President & CEO role since the year 2000. As of March 1, 2021, Bram now steps into this role as only our fourth leader, and ready to boldly expand our ministry and outreach here in the Bay Area.

Mr. Begonia has been a leader in the nonprofit world for the last 15 years, working with underserved populations in diverse communities including West Oahu (Hawaii), San Jose and East Palo Alto. Born in Hawaii, and with childhood roots in Southern California and Colorado, he returned to Hawaii for college and graduated with honors from the University of Hawaii – Shidler School of Business.

As a leader, Mr. Begonia has led many successful initiatives, including strategic plans for $100M program expansions in Silicon Valley and the development of teams of up to 400 people. We’ll also lean heavily on his years of experience and success in completing large capital campaigns as we complete the final phase of our Capital Campaign, Bridge of Hope Center for Women and Children (slated to open near the end of 2021).

Beyond his vast work experience, he also brings an entrepreneurial spirit, charismatic approach to relationships and clear vision for the future, with a commitment to excellence in all he does. Mr. Begonia says, “I’m honored to be selected to lead the Bay Area Rescue Mission. The Mission has a strong Christian foundation, a compassionate team and long-standing partnerships in the community. I look forward to renewed progress, as we seek to serve the most vulnerable with our program team, volunteers and donors.”

Mr. Begonia has been married to his beautiful wife Sharol for 25 years and has three talented young adult children: Braden, 21, Brooke, 19 and Brynne, 17. Mr. Begonia believes his family brings him the most joy and is a gift from the Lord.

To help with a smooth transition, exiting President & CEO Rev. John Anderson will act as the Special Assistant to Mr. Begonia for a few months.

As we move forward, we also honor our history with Mr. Anderson at the helm. He’s served since 1994, the last 21 years as our President & CEO. His wife, Debra, has also faithfully served since 1995, and during this time, our incredible community of supporters has expanded by 600% and our funds by 500%.

Mr. Anderson pioneered our new Center for Women and Children, which offers 114 new beds. He strengthened the Mission’s dedication to keeping the gospel at the center of all we do and developed a more comprehensive and holistic program during his tenure. As a result, we’ve seen thousands of people give their lives to the Lord. Under his leadership, the number of people serving the Mission has increased ten-fold. Mr. and Mrs. Anderson are leaving an unforgettable and remarkable legacy, and our staff and organization are eternally grateful for Mr. Anderson’s leadership!

In announcing this new appointment, Mike Lubcyik, Bay Area Rescue Mission Board Chair, said, “Bram Begonia was selected from a solid list of external candidates. Bram’s knowledge from working in the charitable space for the last 20 years, his heart for outreach and passion for seeing restored lives made him the ideal candidate. We’re also deeply grateful to John Anderson for his exemplary service to the Bay Area Rescue Mission for the last 25 years. He’s been resolute in establishing solid foundations, and we thank him for his leadership.”